We believe that all children and young people should be given the best chance to achieve well and to lead emotionally resilient and fulfilled lives.

OnLineTraining was founded in 2008 to provide flexible professional development for teachers and teaching assistants who support children and young people with special educational needs.

To date, over 10,000 schools have partnered with us to improve the confidence and skills of their teaching team and provide a more inclusive experience for pupils with SEND.

We provide a SEN training platform to education departments in Australia and Local Authorities in the UK, and we also support schools and individuals.

Our vision for children with SEND is the same as for all children and young people – that they achieve well in their early years, at school and in college, and lead happy and fulfilled lives.

“Our unique approach to courses combines stimulating visuals with interactivity and humour.

Nick Maloney has been a director of OnLineTraining since 2008, and is responsible for our international IT infrastructure, course development and data compliance.

In 2002, after 35 years as a professional theatre and television actor (check out the IMDb website!), Nick began to develop an interest in website and database design.

He designed websites and data systems for the Home Office drug and alcohol in the workplace policies initiative, and for Inclusion Partnerships in a number of regions, such as South Central (SCRIP), the South East (SERSEN), London, and the South-West. He developed the original NatSIP website, and the West Sussex Drug & Alcohol Action Team’s website and event booking systems.

Nick created the framework for the original SEN online courses produced by Onlineinset in 2002, bringing humour and imagination to course designs and animations, and a comprehensive learning management system for tutors and administrators. With his team, he continues to explore new approaches in technologies and designs to produce engaging and stimulating training. 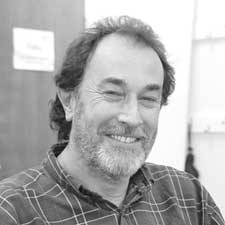 In 1978, after teaching for four years, he trained as an educational psychologist, and then worked in postgraduate teacher training for the next seven years.

He began working as an educational psychologist in 1987, becoming a senior in 1995, then Head of SEND in Brighton and Hove in 1997.

From 2000 to 2008, he was Regional Facilitator for Development in Children’s Services covering 13 UK local authorities. In this role he served on several national policy-making committees in the UK, and had a national lead on a number of initiatives, including the development of Quality Standards for SEND Support and Outreach Services.

Hugh has held several voluntary positions, and is currently chair of Amaze, an award-winning charity providing support to parents of children with SEND.

See more of our partnerships

Get signed up to our monthly newsletter and stay up to date with the latest SEND news, courses, webinars, resources and lots more. Take a look at some of our previous newsletter on the sign up page!